Over 9,000 evacuated as wildfire rages in Spanish holiday hotspot, the Canary Islands, for second time this summer 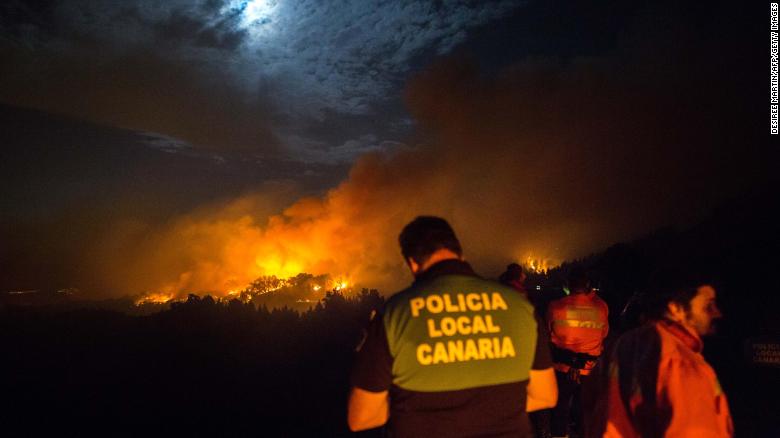 Firemen and policeman watch from the road as a blaze rages in Spain's Canary Islands on August 17, 2019.

(CNN)Over 9,000 people have been evacuated as wildfires rage on Spain's Canary Islands off the northwest coast of Africa, officials said.

Despite four seaplanes unloading over 1 million liters of water onto the blaze, and the efforts of 600 firefighters, the fire has continued to grow, according to a statement Monday by the Canary Islands Department of Safety and Emergency. 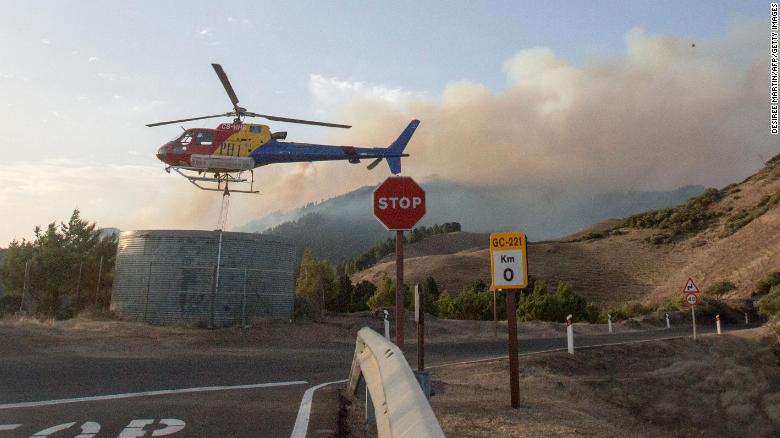 The blaze began over the weekend and has now engulfed 24,710 acres (10,000 hectares) on Gran Canaria, a popular holiday destination that is home to 900,000 people, making it the second-most populous of the Canary Islands.

A fire squad helicopter picks up water before dropping it over a forest fire raging in Galdar on the island of Gran Canaria on August 18, 2019.

Officials are now hoping that wind gusts of up to 50 miles per hour and a drop in temperature could help firefighters, who were working through Monday night, to combat the flames.

"This is a very serious fire, a great forest fire and you have to rely on the magnificent work of those who fight it," Torres said in the statement. 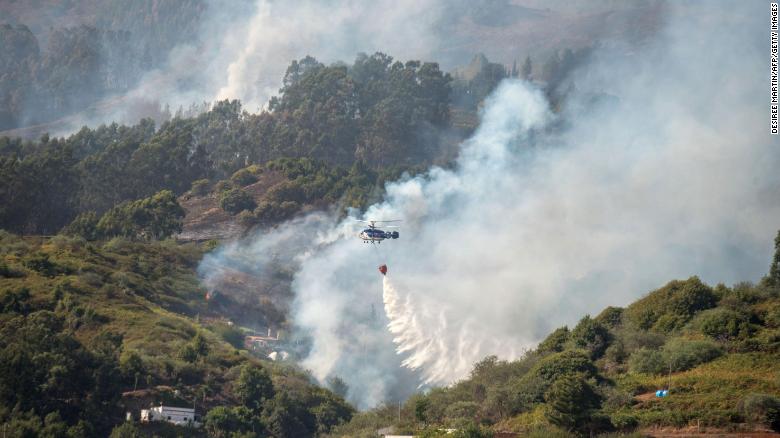 A helicopter drops water over a forest fire raging in the Moya mountains on the island of Gran Canaria on August 19, 2019.

This is the second major blaze on the island this month. A wildlife at the beginning of August caused 1,000 people to be evacuated. Ten air crafts and over 200 ground troops worked to tackle that blaze, which affected over 1,000 hectares of land.

During that crisis, firefighters said in Spanish that they were "overwhelmed by the situation," adding "we are fighting for our island!!!"

At the time, Torres said local authorities had requested help from the government in Madrid and the Military Emergencies Unit in Seville.

We're standing by to assist you.